Previous Next
Galungan and Kuningan 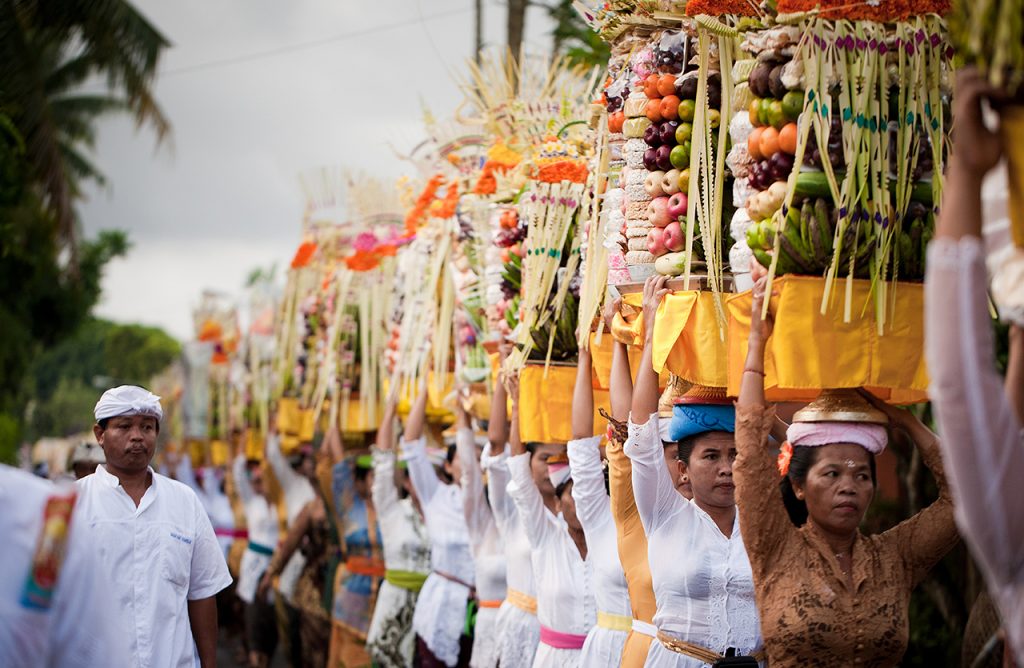 Galungan is a unique 10-day celebration commemorating the victory of good (dharma) over evil (adharma). As with all things Bali, the celebrations are a sight to behold, with extravagant, wild and weird sights to see on many of the island’s streets, villages and beaches.

The arrival of Galungan heralds a magical time for the island, when ancestral spirits are said to visit the Earth. The last day of the celebration is known as Kuningan, when they ascend back to heaven. The celebration is similar to Diwali, celebrated by Hindus in other parts of the world.

Second only in significance to Nyepi or Saka New Year, Galungan is a quintessentially Balinese celebration. The island uses a 210-day calendar system known as the Pawukon that forms a basis for daily rituals, temple anniversaries and holidays. As a result, Galungan actually comes around twice every year in the Gregorian calendar. In 2017, Galungan is celebrated from April 4 to 6. It will then be celebrated again on November 1-3.

The story behind Galungan gives a fascinating insight into Balinese folklore and mythology. The tale of Galungan involves a shape-shifting evil giant, rivers of blood and a year-long battle between Gods. During the festivities, heavenly spirits return to earth and are welcomed with a typically flamboyant and enthusiastic set of Balinese rituals, processions and feasts.

If you are visiting Bali during this time, you’re in for a treat. Galungan is a great opportunity to see Balinese cultures and traditions in full flow – a loud and colourful celebration of ancient beliefs, with a typically Balinese modern twist.

Following the festivities of Galungan, Kuningan is the final day of the festival, usually ten days after the start of Galungan, when every member of the household has specific tasks to perform and all dress up in their best clothes. This year’s Kuningan will be on April 15 and November 11.

The Kuningan ceremony includes special offerings made of yellow turmeric rice. In Hinduism, yellow is the colour of the god Wisnu, who is the protector of the Hindu trinity. At Sakenan Temple on Serangan Island, southern Denpasar, the Kuningan celebrations can be witnessed in their full glory. The occasion features a series of sacred dance performances and rituals, with pilgrims attending from all over the island.

Bali really comes to life during Galungan and Kuningan; everywhere there is cooking, music, dance, artistry and offerings made to ancestral shrines. You’ll see the roads filled with convoys of scooters ferrying neatly dressed worshippers to and from temples, carrying huge baskets of fruit, flowers or even live chickens.

Gently sloping bamboo poles known as Penjor spring up all over the island, framing the streets with coconut leaf decorations and swaying lazily in the warm tropical breeze. The island is a perfect setting for one of the world’s most intricate, unique and unforgettable festivities.