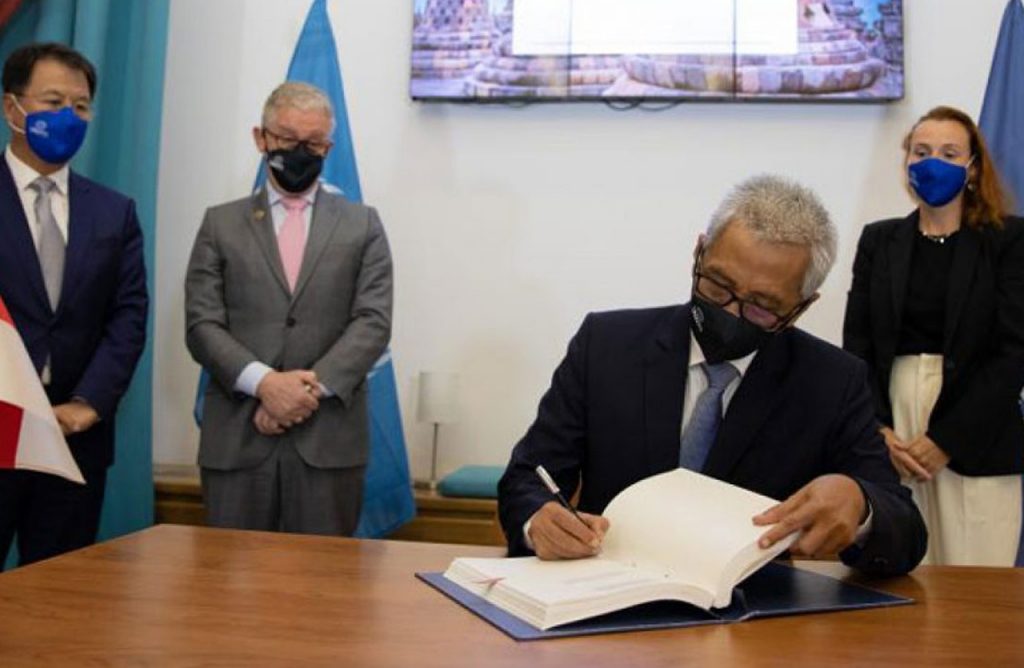 With international tourism largely shuttered due to Covid-19, the industry is using the hiatus in operations to retool, rethink and improve its practices. As one of the world’s largest and most diverse tourism locations, Indonesia is leading the way in that regard, by becoming the first signatory of the Framework Convention on Tourism Ethics, created by the World Tourism Organization (UNWTO). The agreement, which was first adopted during the 23rd meeting of the UNWTO General Assembly in September 2019, has been designed to improve the fairness, inclusivity and transparency of tourism on a global scale.

Indonesia officially put pen to paper last month, in a ceremony hosted at the UNWTO headquarters in Madrid and attended by Indonesia’s Ambassador to Spain Bapak Hermono. The Convention has been referred to as a “big step forward” towards a universal, legally binding ethical code for tourism. Indonesia’s signing of the agreement is indicative of the country’s strong commitment to ethical principles in tourism. Indonesia was actually instrumental in drafting the original agreement, as a member of the Committee that converted the Global Code of Ethics in Tourism into a legally binding instrument for use as an international framework.

UNWTO is currently working closely with all member states to restart tourism following the global Covid-19 pandemic. Indonesia has been a UNWTO Member State since 1975, and is front and centre of the organization’s roadmap for a tourism revival. These plans were outlined in September, when UNWTO conducted a virtual meeting with the Indonesian Ministry of Foreign Affairs and the Ministry of Tourism and Creative Economy and the Regional Government of Bali, to explore solutions for the safe reopening of Bali to international visitors. Although Bali remains closed for the time being, UNWTO and the Indonesian government continue to prepare for its reopening, with confirmation of the timeline expected to be announced soon.

For all the latest information relating to Indonesia’s tourism revival, please follow Panorama Destination on our social media channels, where we will be posting regular news updates and industry developments.