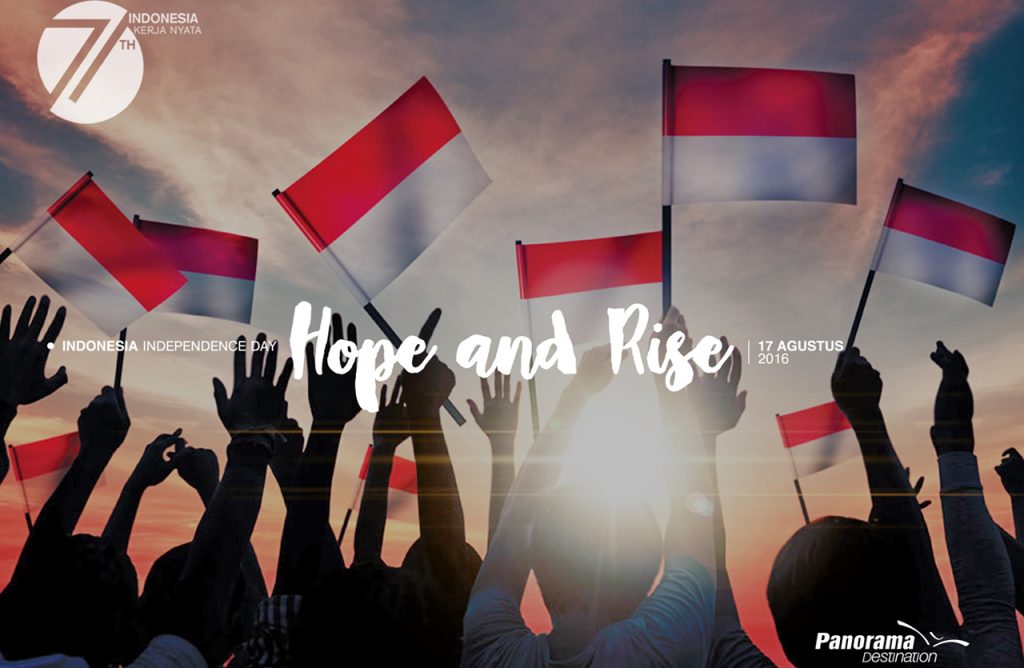 On August 17th 1945, President Soekarno stood on the front steps of his house in Jakarta and, to a hastily assembled crowd of journalists, announced the independence of a nation, effective immediately. That was the moment Indonesia was born. Every year on the same date, Indonesia celebrates its independence and its inception. Everywhere there are red and white flags, games are played in the streets and a national holiday is declared. In the morning, kids decorate their bicycles with tinsel, tissue paper and trinkets, turning them into miniature floats for bike beauty pageants that will be held later in the day. Communities also come together to play games of football in the street, with men dressed in their wives’ clothing and the kids dressed in shower caps.
The children also race on tracks drawn out on the road, where they also compete in Lomba Belut, collecting live eels in bottles against the clock. Perhaps the most famous and most ubiquitous event in the day’s festivities is Panjat Pinang, in which groups of local men pile themselves up into human pyramids in an attempt to reach prizes suspended at the tops of greasy wooden poles. There are fire-breathers, jugglers, street theatre and magic, along with parades and feasts all over the country. Indonesia comes to life with a real party atmosphere and everyone’s invited. This is a wonderful time to be in Indonesia, so throw on some red and white clothing and get involved!