Previous Next
Lelewatu Resort & Spa: A New Icon for Sumba 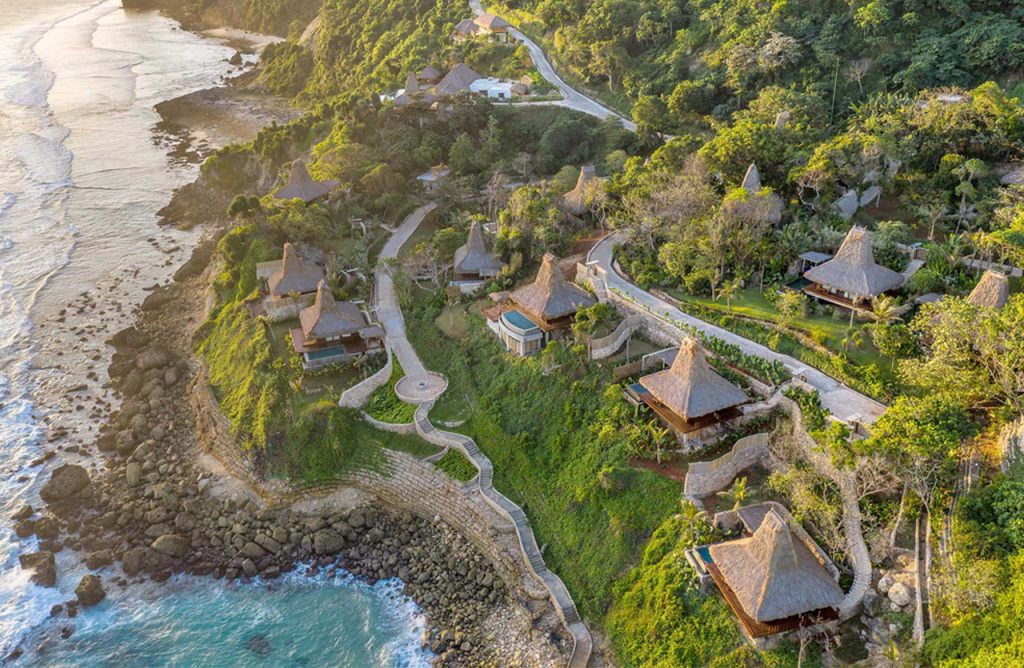 The magical island of Sumba has welcomed a new luxury resort to its shores. Completed in 2019, the Lelewatu Resort & Spa has officially opened for business, on a site that combines traditional culture with modern comfort, underpinned by Sumba’s distinctive natural beauty.

Lelewatu Resort & Spa is spread out over 10 hectares of spectacular coastline, a 4,780m2 property that undulates with the island’s topography and integrates seamlessly with its natural surroundings.  Conceived and created by Sumbanese businesswoman Jenny Tan, the resort features a total of six guest villas and two guest houses.

In addition, the resort is home to a range of recreational facilities, including a gym, horse stables and riding area, tennis court and swimming pool. All accommodation, facilities and even the resort’s layout are designed by respected Indonesian architect Popo Danes, who worked tirelessly to bring Jenny Tan’s vision to fruition.

“Tan’s brief was to create a resort that would highlight the local culture of Sumba and become an icon within the island,” says Danes, for whom the design concept was inspired by Sumba’s dynamic topography and the rich culture of the islanders.

There are a total of five distinctive zones within the site. In the first is the reception area; the second contains public areas with event spaces; most of the villas are situated in the third zone; and the spa, along with several of the larger villas and houses, such as the Cliff Hanger Villa, are located in the fourth zone. Public facilities, including the dining room, bar and main swimming pool, are found in the fifth zone of the resort.

In addition to a range of comfortable modern comforts and amenities, guests will also notice design features and an overall ambiance that’s steeped in classic Sumbanese culture. The island’s traditional houses, called uma mbatangu, are defined by a square floor plan and dramatic, hat-like pitched rooftops covered in thatch. In homage to this dramatic architectural design, the interiors of the villas at Lelewatu follow the same blueprint.

“The materials used to build the villas – wood, bamboo and alang-alang for the thatched roofs – were all locally sourced and assembled in the traditional way by Sumbanese craftsmen,” says Danes. “While I am very happy with the buildings we created, the most unique feature of this resort is the site itself, because the structures, set within their environment, create a set-up that truly mirrors a traditional Sumbanese village,” he added.

Adding a modern touch to this traditional design, each villa has been designed to offer the upmost comfort, with a touch of luxurious modern elegance.  For example, the Royal Honeymoon Villa features an ocean-facing deck with its own pool and sun loungers; the perfect place to soak up the views and savour the unique romance of Sumba.