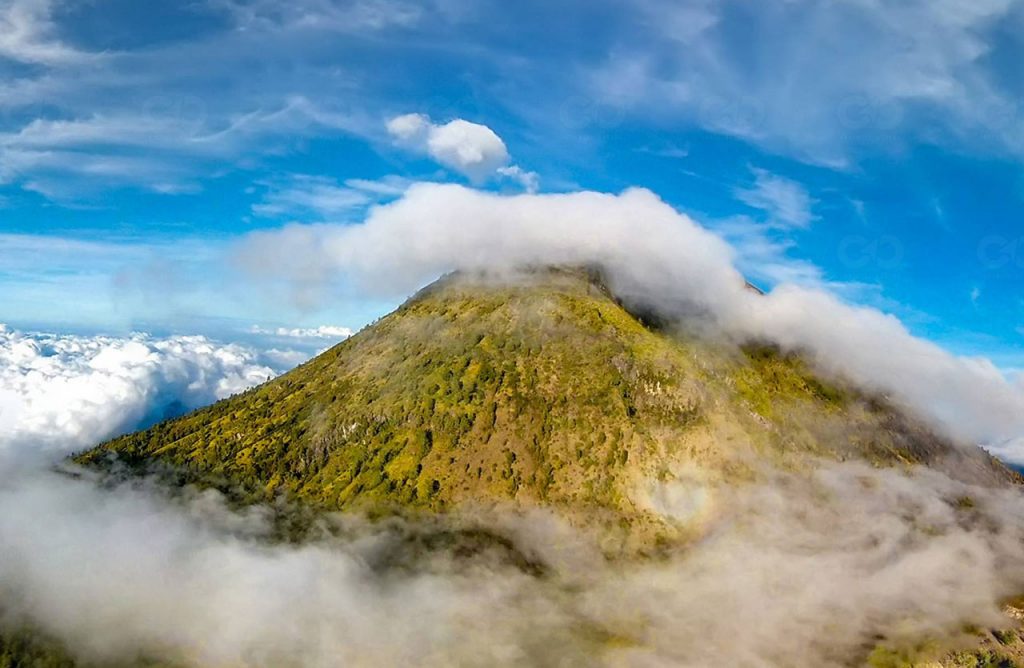 On Saturday (10/2/18) the alert status of Gunung Agung in Bali was lowered from Awas (level IV) to Standby (level III). The safety cordon surrounding the volcano, to which the threat level refers, has also been reduced to a radius of 4 km from the peak of the Agung mountain. Areas outside this danger zone remain unaffected and without alert status.

The status was changed in response to various observations and monitoring data conducted and compiled by the Center for Volcanology and Geological Hazard Mitigation (PVMBG) Geological Agency, Ministry of Energy and Mineral Resources (ESDM).

“We recommend reducing Mount Agung’s status from Caution to Standby, and the hazard prediction zone (previously 6 km) to a radius of 4 km (from the summit crater of Mount Agung),” said ESDM Minister Ignatius Jonan in a written statement on Saturday. “Community activities, as well as tourism in Bali, [have] been declared safe and there is no disruption [relating to] activity of the mountain at this time,” he continued.

The news comes as a welcome relief to Bali’s tourism sector; the island has remained open for business as usual throughout this episode of seismic activity at the island’s volcano but has nevertheless witnessed a sharp decline in tourist arrivals. Now that the official alert status has returned to Standby, tourist numbers are expected to recover. Local people displaced by the safety cordon will now also be able to return to their homes and businesses.

Local community members, climbers, visitors and tourists are encouraged not to engage in any activity within the hazard prediction zone, although normal service has been resumed elsewhere in Bali.