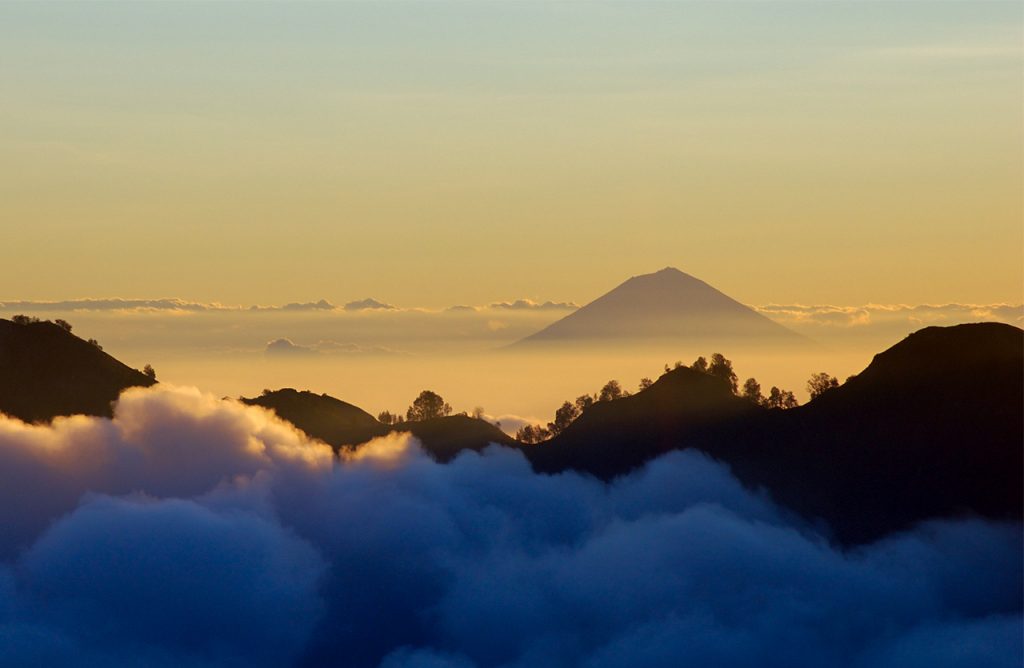 Denpasar, 30th October 2017. The threat level of Mt. Agung volcano in Bali has been officially lowered from IV (caution) to III (standby), meaning that an eruption is no longer considered imminent.

The news was confirmed in a statement released by Indonesia’s Geology Body and the governor of KarengasemÂ region yesterday (29/10) at 16:00. It comes as a welcome relief to both tourists and residents of Bali, who have been braced for an eruption since the threat level was first elevated to its highest grade back in September.

Data concerning Mt. Agung, including detailed analyses of video observations, drone photography, satellite images and seismic readings, has been compiled by the offices of Volcanology and Disaster Mitigation in Indonesia, to evaluate potential dangers posed by the volcano. Based on the latest data available, Mt. Agung’s threat level has been lowered.

The Bali Tourism Board had previously released a statement on 26th September, confirming that no eruptions had taken place. Since then, only seismic activity has been reported, with the frequency and severity of tremors in the region also steadily reducing. Activity at Agung has now subsided to the extent that the government has been able to officially lower the threat level.

Despite the precautions, the extensive news coverage and the travel warnings issued by governments, no lava, ash or volcanic material has been released from Agung throughout this period. All necessary precautions were taken to ensure the safety of tourists and locals in the event of an eruption, although no such activity took place.

Bali’s International Airport – I Gusti Ngurah Rai – continues to operate as normal, with no disruption to travel. Ferries and fast boats between Bali and the neighbouring islands of Lombok and Java are also running according to their usual schedules. The Volcano Observatory Notice for Aviation continues to monitor the situation closely, in coordination with the VA Advisory in Darwin, Australia, to ensure that flights to the island are not disrupted.

The threat level posed by Bali’s largest and most sacred volcano was initially raised from 2 to 3 (out of a possible 4) on 18th September, then raised again to level 4 on 22nd September as seismic activity in the region continued to intensify. The threat level had remained at level 4 since then; this is the first time it has been officially lowered in over a month.

The news comes as a welcome relief to operators and local businesses in Bali, for whom tourism is the primary source of income. Businesses within the affected area of East Bali have been closed due to a 12-kilometre safety cordon around the volcano during the last six weeks, when Agung’s threat level was at its highest. The affected area has been reduced to 6-7.5 kilometres in the area surrounding Agung for the time being, with further concessions expected over the coming days, as Bali returns to normal.

We will continue to post news updates regarding the Mt. Agung volcano, as soon as developments are officially confirmed.