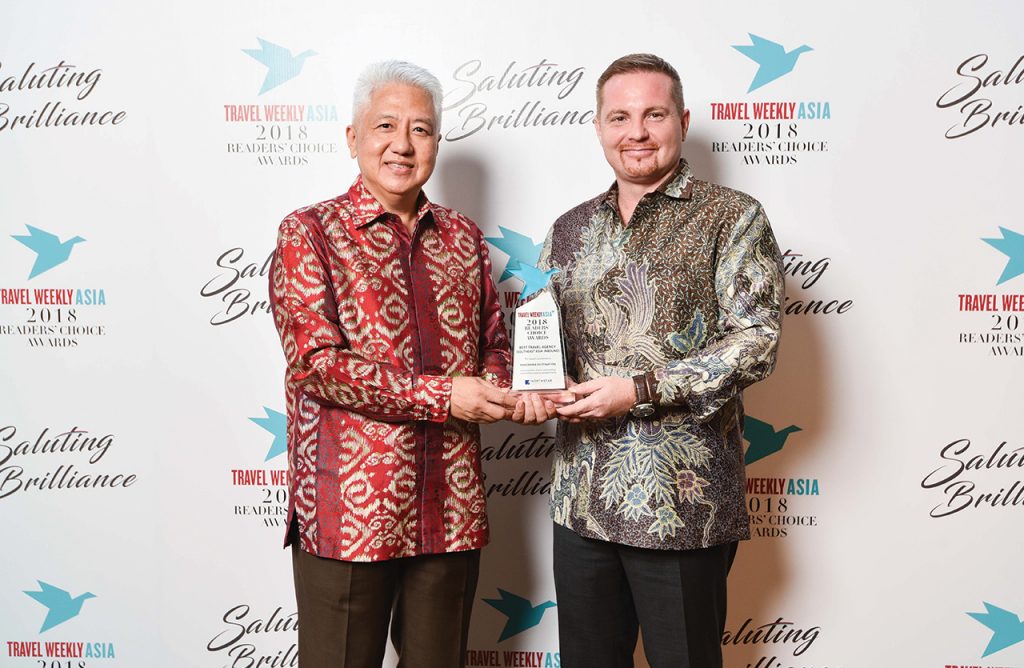 Held at Mandarin Orchard Singapore, the fourth annual iteration of the awards played host to more than 100 hospitality leaders from across Asia Pacific, gathered together to see a total of 56 awards handed out to leaders in the industry. They also enjoyed a menu that was specially prepared by chefs from two-Michelin-starred restaurant Shisen Hanten by Chen Kentaro.

“The Travel Weekly Asia Readers’ Choice Awards are the most influential and representative ranking of travel suppliers in Asia Pacific,” said Robert Sullivan, president of the Travel Group, Northstar Travel Group. “Our award winners of years past have served as inspirations and positive examples for the rest of the industry, and I sincerely hope that this year’s winners will continue to bear the torch and raise the bar in their respective areas of expertise,” he continued.

This is the second time in four years that Panorama Destination has been named Best Travel Agency – Southeast Asia (Inbound) by the Travel Weekly Asia Awards.