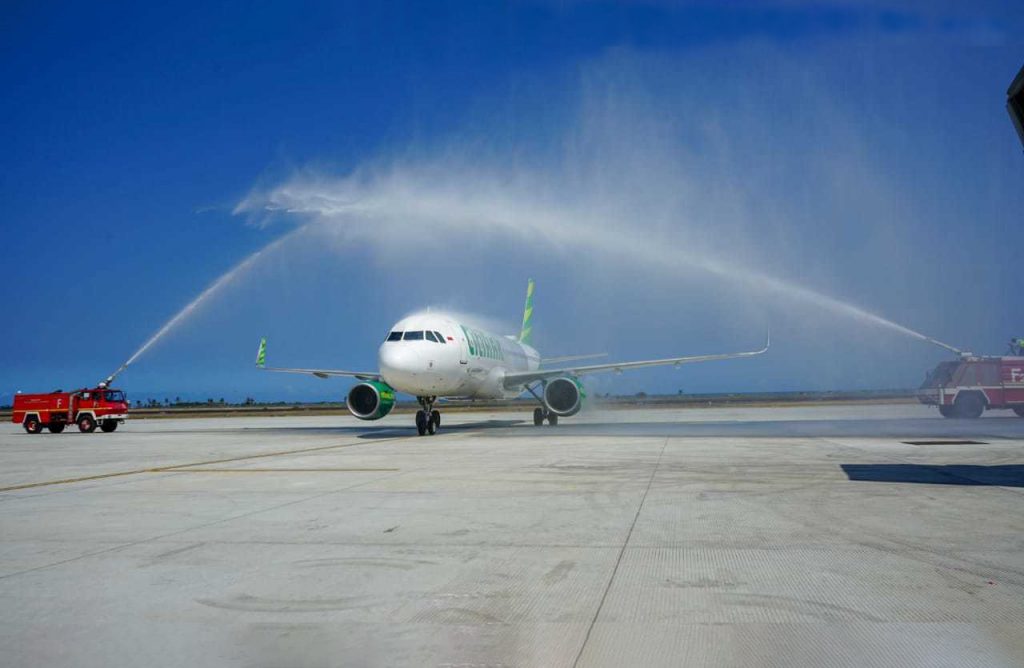 Citilink has become the first commercial domestic airline to land at the brand-new Yogyakarta International Airport (NYIA). Located in the Kulon Progo regency of Central Java, Indonesia’s newest airport is expected to connect travellers with a range of popular tourism locations around the archipelago, from its hub on the outskirts of one of Java’s favourite cities. Yogyakarta’s popularity as a tourist destination also makes the airport an ideal point of entry for international holidaymakers.

The inaugural test flight by Citilink touched down on Thursday, 2nd May 2019 at 12pm local time, following a one-hour flight from Soekarno-Hatta Airport in Jakarta. Carrying 14 passengers along with the crew, the maiden voyage was a success, with both pilots commenting on the smoothness of the new runways and the general ease with which they were able to land in the spacious and modern new airport.

“This is a proud moment,” said a visibly excited Agus Pandu Purnama, general manager of PT Angkasa Pura 1, following the arrival of Citilink’s A320 Airbus at NYIA. “Everything went smoothly, from the final approach, to touch down and the parking,” he continued.

Now that the initial test flights for domestic services have been completed, other airlines are set to commence operations out of Yogyakarta. Staring from 10th May, Lion Air and Batik Air will begin regular flights to Bali, Balikpapan, Batam, Jakarta and Palangkaraya, all departing from Yogyakarta International Airport. Citilink officially began operations of its new flight schedule at the new airport on 6th May, with round trips to and from Jakarta’s second airport – Halim Perdanakusuma in the east of the capital.

It’s not just domestic flight operators that have spotted NYIA’s potential; Agus also stated that airlines from Qatar, Turkey, United Arab Emirates (UAE), Japan and Australia have also expressed an interest in moving their operations to the new airport. “An airline from Australia has even said that it may open direct flights from the country to Yogyakarta, like from Sydney to Yogyakarta, because the slots to Bali are already full,” confirmed Agus.

The new airport represents an investment of Rp 6.1 trillion (US$432.64 million) and covers a total area of 210,000 sqm, including a new 12,900 sqm terminal. Certain parts of the project are still under construction, but are slated for completion by December 2019. NYIA’s international terminal is equipped with four air bridges and parking facilities that are expected to accommodate 342 cars and seven buses. The airport will be able to accommodate a total of 300 arrivals at any one time when all its facilities have been completed.