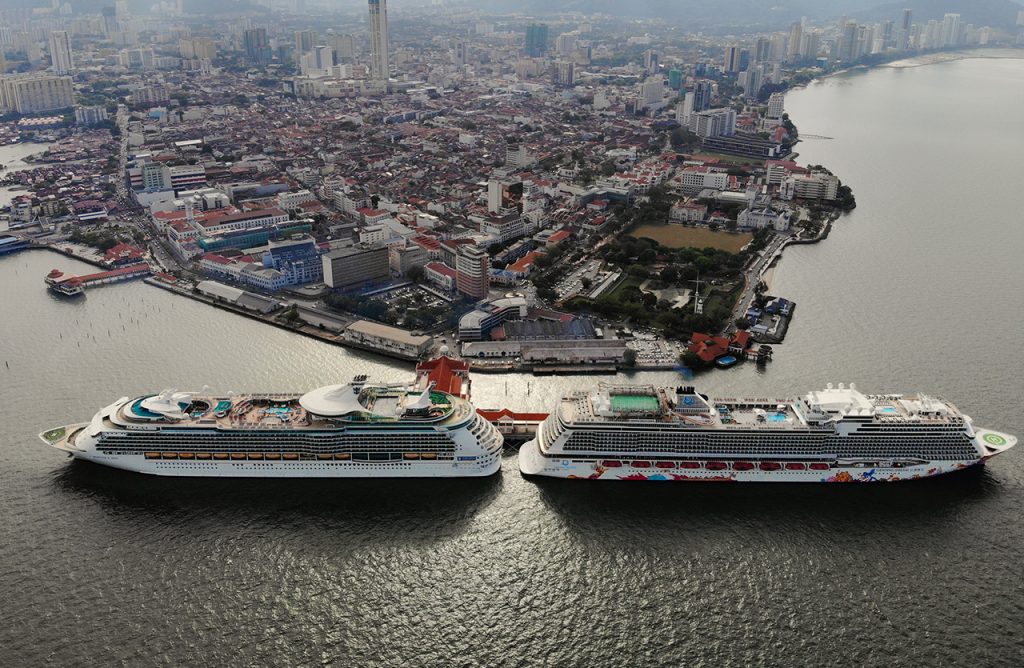 The Malaysian island of Penang is looking ahead to an influx of tourists, following a significant upgrade project at the Swettenham Pier Cruise Terminal (SPCT) in George Town. When finished, the new port will be able to handle 12,000 passengers at a time.

As part of an ambitious development project, the work will include extending the existing pier by an additional 220 metres to the north of the terminal, along with a complete overhaul of the passenger terminals. The work is slated for completion within the next two-to-three years.

“The cruise industry plays an important role in the tourism sector and over the past 10 years the industry has seen an increase in passenger numbers by 14 per cent a year,” confirmed Malaysia’s Transport Minister Anthony Loke Siew Fook at the official launch of the SPCT upgrade project on 3rd February.  “Cruise Tourism in the country has the potential to help boost the economy of the country and I believe the port upgrade project will enable SPCT to handle up to 1.7 million passengers when it is fully completed,” he added.

Also in attendance at the opening ceremony were Penang Chief Minister, Chow Kon Yeow; Finance Minister Lim Guan Eng; and Jeffrey Chew Gin Eam, who is Penang Port Commission Chairman. The Ministry of Tourism, Arts and Culture Malaysia (MOTAC) has played a central role in bringing the project to fruition, and has invested heavily in the country’s cruise sector, believing firmly in its growth potential.

The island of Penang is Malaysia’s most popular location, thanks to a combination of historic sites, beach resorts, charming city streets and a rich melting pot of local cultures and cuisines. The new and improved facilities, combined with a growing number of international cruises setting sail for Southeast Asia, will allow Penang, also known as ‘the Pearl of the Orient’, to welcome more visitors than ever before to this gem in the straits of Malacca.