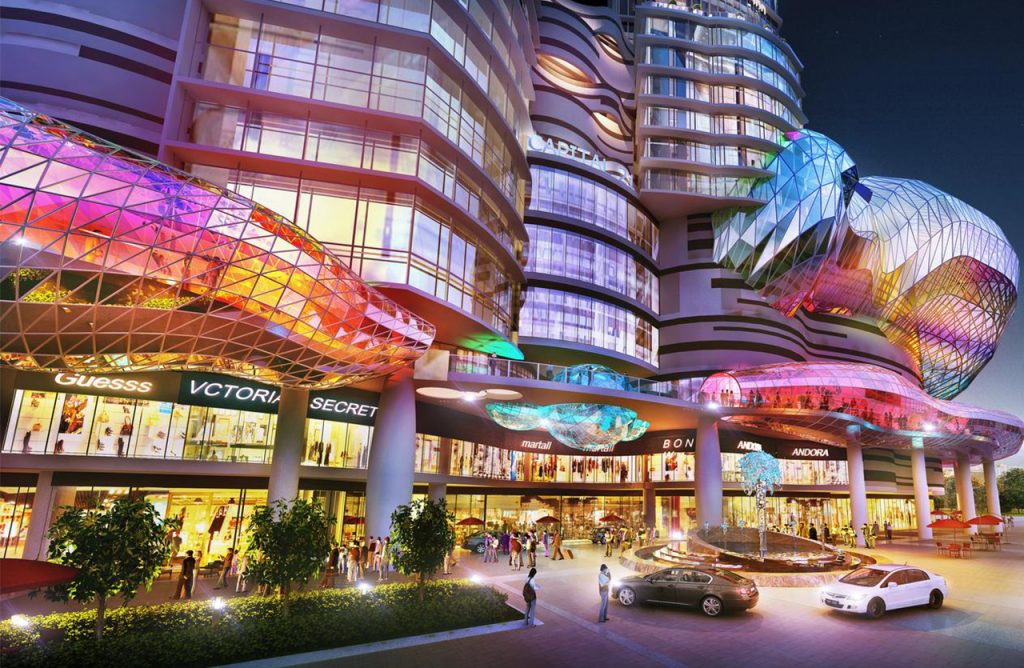 Located in Johor Baru, Malaysia’s record-breaking new mall will feature its very own indoor theme park, located on the third and fourth floors and named MCM Studio; the largest of its kind to be found anywhere in Southeast Asia.

The star-studded new theme park will have three main sections – Movie Planet, Cartoon Planet and Music Planet – each featuring a wide range of themed attractions, rides and entertainment. Movie Planet will offer thrilling rides such as Transformers, Dinosaur World and Haunted House, while Cartoon Planet showcases attractions tailored to younger children, featuring household names such as Tom and Jerry alongside many other animated characters.

The park’s third section, Music Planet, will house its own circus, as well as hosting musical and theatrical performances by internationally renowned acts. Attractions from both ‘planets’ will integrate augmented reality and virtual reality technology, allowing thrill-seeking visitors to run from dinosaurs and battle with robots, all within the confines of the new entertainment park. MCM have confirmed there will also be daily circus performances held in a tent within the theme park, ensuring the comfort, convenience and entertainment of all spectators.

In addition to a theme park, the mall will be home to three floors of retail options, divided into zones featuring decorative elements from five continents: America, Europe, Australia, Asia and the Middle East. Landmarks such as giant windmills, the Leaning Tower of Pisa and bright Japanese lanterns characterize each floor, taking shoppers on a trip around the world as they explore the shops.

The Capital 21 Entertainment Mall and theme park are just a 20-minute drive from the Woodlands Causeway, making them an ideal combined attraction for Singaporeans and international tourists travelling to Peninsular Malaysia for their holidays.