Previous Next
Accor Gets to Work on Rayong MICE Venue 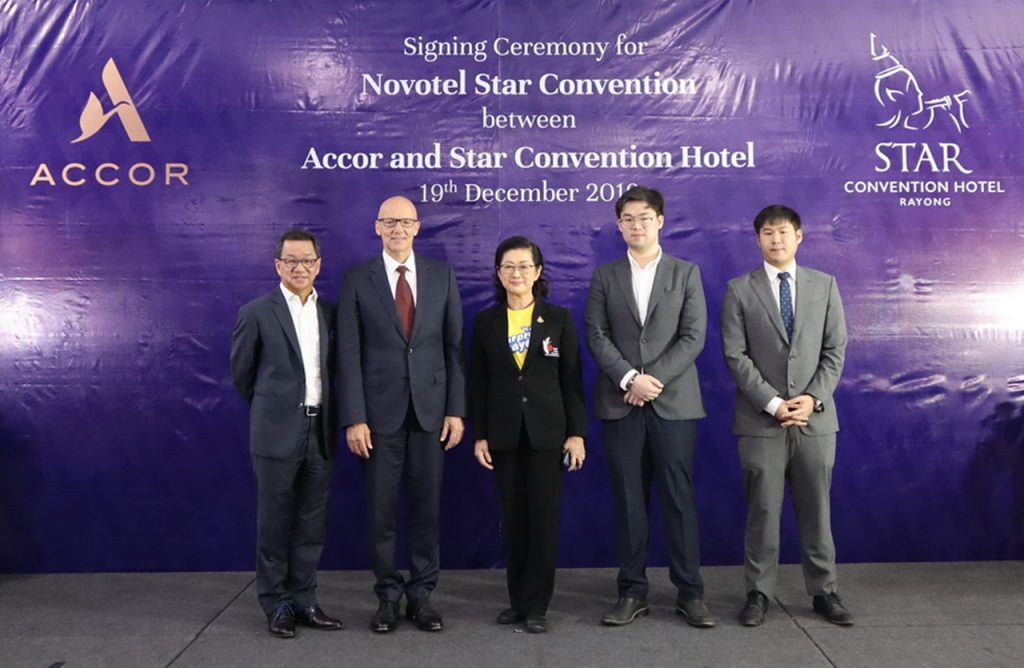 The Accor Group has officially purchased Bangkok’s Star Convention Centre, as part of a plan to re-position the facility as a superior MICE venue and corporate hub just outside Thailand’s capital. Upon completion of a two-year renovation project, the venue will be rebranded to Novotel Rayong Star Convention Centre.

Conveniently located just 2.5-hours’ drive from Bangkok’s Suvarnabhumi International Airport and only an hour from U-Tapao International Airport, the centre currently has a capacity for up to 2,000 people, offering business travellers a combination of small seminar rooms, meeting areas and eight ballrooms.

Following the Accor takeover, this 571-room MICE venue is set for a revamp with a two-year renovation project. Split into two phases, the upgrade will focus first on upgrades to public areas, restaurants and 235 guestrooms, then update a further 336 guest rooms in the second phase. The project is slated for completion in 2023.

“We’re very excited to have the Star Convention Hotel join the Accor network and to grow our portfolio in a city like Rayong,” says Patrick Basset, chief operating officer of Accor for Upper Southeast & Northeast Asia and the Maldives. “We believe that the Eastern Seaboard, including provinces like Rayong, Chonburi, Trat, with the upcoming high-speed train route will offer excellent development opportunities in the future. Guests can look forward to the natural and intuitive design of the Novotel brand and relax in the comforting and energizing spaces,” he continued.

Phisamai Supanuntaroek, director of Star Convention Hotel is also looking forward to becoming a part of the Accor network: “we are pleased to join Accor and we believe that the group’s expertise and experience in hospitality will add to the success of our hotel,” commented Supanuntaroek, following confirmation of the agreement. “The signing of our partnership with Accor also reflects our confidence in Rayong’s tourism industry and the East Economic Corridor (EEC) Policy. We look forward to working with the Accor team to unfold a new chapter of Star Convention Hotel’s legacy,” she added.

Accor is an augmented hospitality hotel group, offering unique and meaningful experiences in 4,900 hotels across 110 countries. Based in Paris, France, the group operates across a total of 39 brands worldwide, covering everything from luxury hotels to economy lodgings and MICE facilities. Accor is the leading hotel operator in Thailand with 86 hotels and with 13 more scheduled to open over the next three years. The group currently manages a portfolio of 158 Novotel hotels across the Asia Pacific region.