Previous Next
Historic Bangkok Hotel Prepares For its Next Chapter 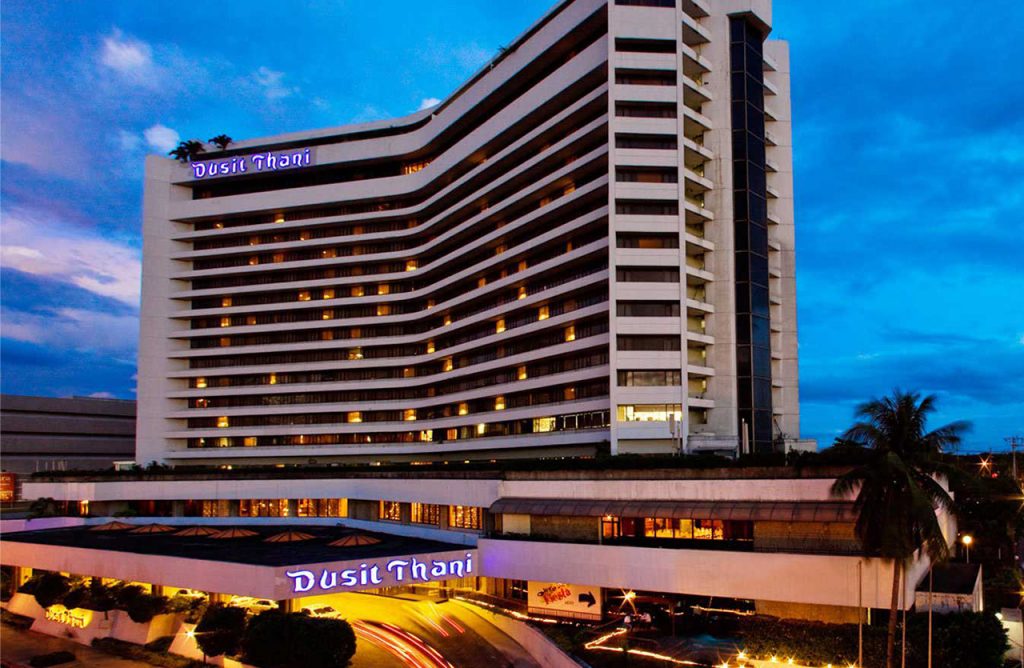 The Dusit Thani Bangkok is set to be redeveloped next year, as part of a landmark mixed-use development between Dusit International and Silpakorn University. The project aims to preserve the architectural and artistic heritage of the hotel, which is Dusit’s flagship property in the nation’s capital.

As part of the project, a team of experts from the University will identify, document, dismantle and preserve key items of historical or artistic value in the property, including Thai motifs and murals from the Benjarong Restaurant. These rescued artefacts will eventually be used in the new incarnation of the hotel, scheduled to open in 2023.

“With the hotel now about to undergo a significant change for a new era of tourism, we would like to preserve as many items of historical and sentimental value as possible,” said Chanin Donavanik, who is vice chairman and chairman of the executive committee for Dusit International. “I believe our past is the inspiration for a sustainable future,” he continued.

Speaking at the launch of the project, Suphajee Suthumpun, who is the group CEO at Dusit International, added: “We hope that the artefacts we preserve will create a warm atmosphere that delights new guests seeking new, impressive experiences, as well as regular guests who have an emotional attachment to the original hotel.”

Dusit Thani Bangkok first opened in 1970, and is considered by many to be one of the finest examples of contemporary Thai architecture, blending western modernism with traditional Thai design that was inspired by Wat Arun (Temple of Dawn). Dusit Thani Bangkok will hold its last full day of operations in its current form on 5th January, 2019. Thereafter, observers will be able to track the progress of the renovation process online.