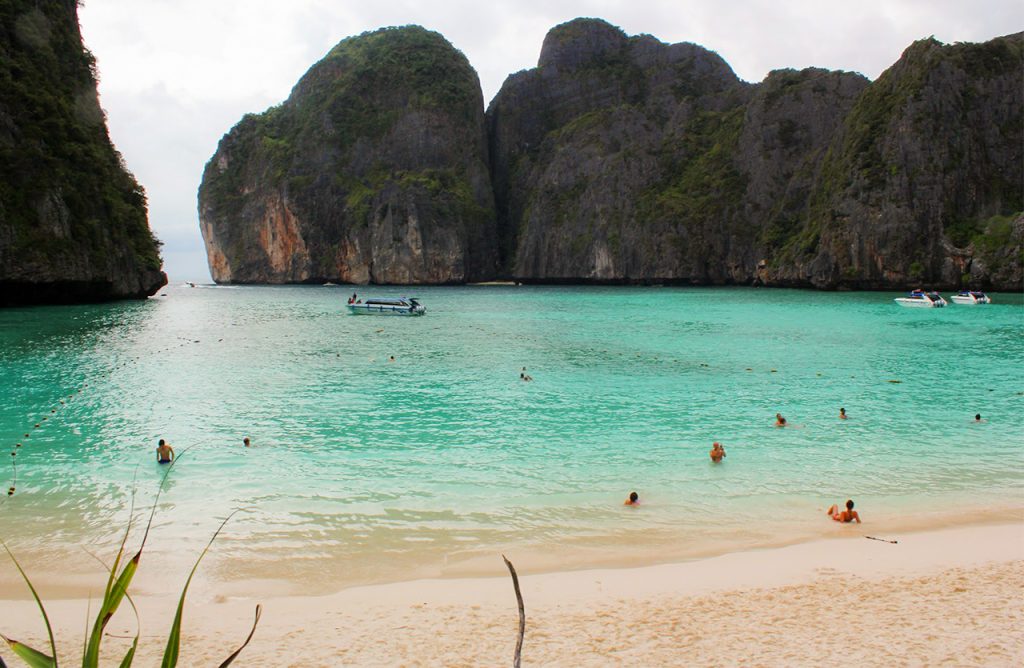 Maya Bay will close for four months from the beginning of June, officials have confirmed. According to the statement, the bay will be closed to the public from 1st June until 30th September, during which time no boats will be permitted to enter or moor in the bay.

Located on Phi Phi island in the Andaman Sea, Maya Bay is a very popular spot for travellers in Thailand, due to its idyllic location and awe-inspiring scenery. The bay attracts as many as 5,000 tourists every day, who come in search of a setting that’s synonymous with the tropical beauty and escapism of Thailand.

However, the rising numbers of visitors, and particularly the boats which bring them to the bay, have started to have a negative effect on the ecology of the area in recent months. Local authorities have become concerned that the corals in the bay are being damaged by rising seawater temperatures and the increased ocean traffic, and need some time to recover.

“This is one way to try to preserve our natural heritage, which is a vital part of our important tourism industry,” said Kanokkittika Kritwutikon, director of the Tourism Authority of Thailand’s (TAT) office in Phuket.

The iconic Maya Bay lagoon was made famous in 2000 by Danny Boyle’s film ‘The Beach’ starring Leonardo DiCaprio.