Previous Next
Thai Elections and Coronation 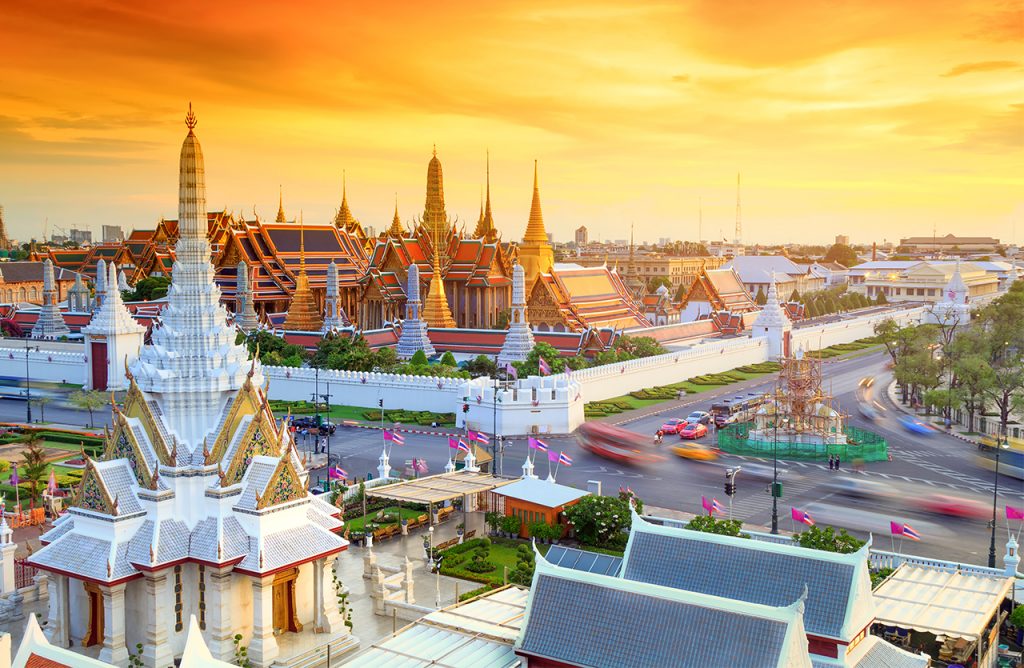 In Bangkok, the nation’s capital is set to celebrate a month of events including parades, ablutions and festivals, to mark the coronation of Thailand’s new King. The palace has officially confirmed the order of events, centred around the official crowning of King Vajiralongkorn on 4th May.

The festivities begin on 6th April with a holy water ritual, in which Hindu Brahmins will make offerings in 76 provinces up and down the country. This is followed by ritual consecration of the water by Monks on 8th April. Candles will also be lit at royal temples to honour the new King. The following day, on 9th April, the remaining candles will be extinguished and Buddhist processions will take place in the temples.

Later in April, over two days from 18-19, holy water collected from temples nationwide will be sanctified at Wat Suthat in Bangkok and then moved to Wat Phra Kaew. An engraving ceremony will then follow from 22-23 April, in which the new King’s name is written into a golden plate. At Wat Phra Kaew there will be a reading of the royal fortune, along with creation of the royal seal and the designation of high-ranking royal titles.

At the beginning of May, the King will pay his respect to previous monarchs and give tribute in the Royal Plaza and at the city’s Memorial Bridge. The King’s name, royal fortune and royal seal will then be transported to the throne hall, while the King himself visits the Emerald Buddha and royal remains.

On 4th May, the official coronation ceremony will be held in Bangkok, with a royal parade scheduled for the following day. On 6th May, the new King meets with the public and foreign diplomats. FromÂ 2-6Â May, Bangkok’s royal palace will be closed for the coronation.

Later in the year, a Royal Barge Procession will give visitors to Thailand another chance to see the nation’s new King in person, and witness the outpouring of affection he is likely to receive from his devoted subjects.

After voting was completed on 24th March, a self-declared “democratic front” of seven political parties stated that a preliminary vote count gave them a majority in the House of Representatives. However, Thailand’s Senate – which is appointed by the Junta – also has a say in the elections and will most likely re-elect junta leader and current Prime Minister Prayuth Chan-ocha.

Following a re-count, the results are expected to be officially announced in early May. The closeness of the contest almost guarantees further campaigning or perhaps even protest in the months ahead.

Thailand has been ruled by a military Junta since 2014, when Prayuth led a coup that brought down the elected government. The army has justified this intervention in the country’s politics by saying the coup was necessary to end years of political turmoil and uncertainty.

The election, and the closeness of its results, show that Thailand remains divided over its opinions towards military rule; with many new emerging youth groups supporting a return to democratic rule, and just as many of the old guard favouring authoritarian leadership.