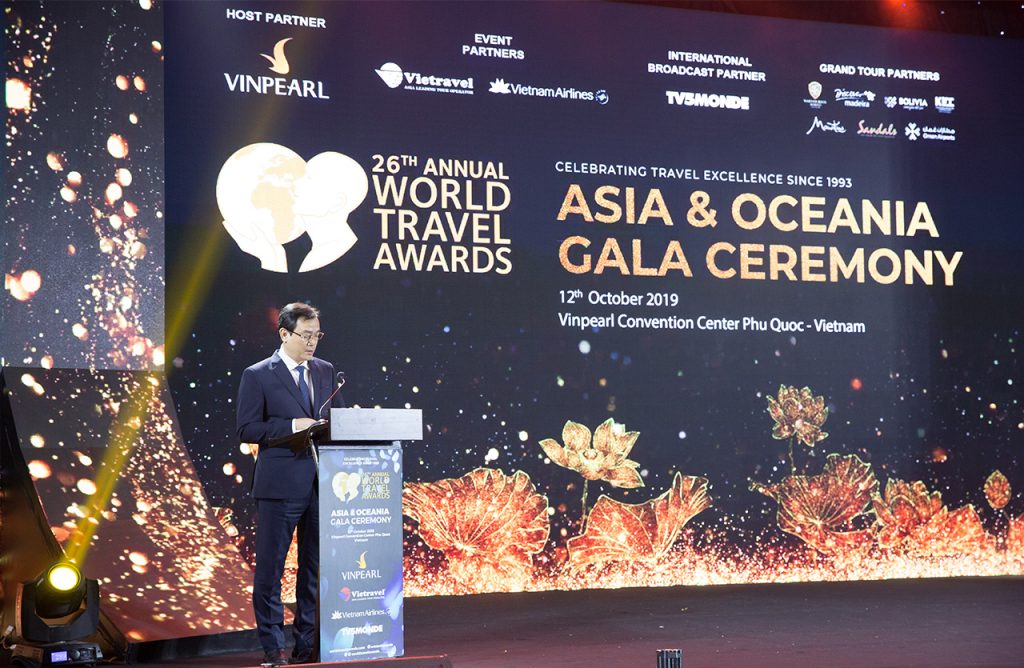 Vietnam has been named “Asia’s Leading Destination” at the World Travel Awards (WTA) Asia and Oceania Gala Ceremony 2019. At this prestigious awards event, Vietnam collected a wide range of accolades, confirming the nation’s growing reputation as a tourism destination that combines history, culture, cuisine and hospitality.

Each year, WTA runs and governs a comprehensive programme across a range of awards, developed to recognise the industry’s most vital sectors and product offerings. Awards are presented across three tiers: country, regional and world awards. In winning the title of Asia’s Leading Destination, Vietnam was selected above other, traditionally very popular regional neighbours, including China, Thailand, India and Singapore.

The World Travel Awards were established in 1993 to acknowledge, reward and celebrate excellence across all key sectors of the travel, tourism and hospitality industries. Today, the brand is recognised globally as the ultimate hallmark of industry excellence. Celebrating its 26th anniversary in 2019, the awards cover the globe with a series of regional gala ceremonies to recognise excellence within each continent, culminating in a Grand Final at the end of the year. WTA gala ceremonies are regarded as milestone events in the industry calendar, attended by the industry’s key decision makers and figure heads, as well as key trade and consumer media.

Regional winners will go on to compete head-to-head in in the corresponding world categories. The winners will be announced on the night of the World Travel Awards Grand Final in Muscat, Oman in November 2019.